Eating healthy is not a privilege, it’s a human right.

6 December. It’s Saint Nicholas’ Day, and I’m all fidgety with excitement. For the past three years I’ve worked tirelessly to fight food waste in Belgium: organizing conferences in businesses and schools, posting on a Facebook page that I co-host with my family, after launching the JUST KEEP IT Challenge last fall. We’ve even proudly brought out a cookery book entitled, « “JUST KEEP IT: les recettes #Zerogaspi” (#ZeroWaste recipes) – a follow-up to the “Zéro gaspi !” (Zero waste!) guide, published by Larousse. On this December morning, I can’t wait to greet the participants at our anti-food waste workshop . Gisèle, Blandine, Hafida… one after the other they file into the kitchen of the Public Center for Social Welfare (CPAS) in Berchem-Sainte-Agathe, Brussels. All morning, we’ll be chatting, chopping, carving up, simmering… sharing with each other our tips for cooking in a way that’s healthy, simple, cheap, and of course, peppered with a touch of #ZeroWaste. The whole thing feels very natural… but with a slight exception at the end of the workshop. Because Gisèle, Blandine, Hafida and the others won’t leave the CPAS without picking up their parcel from the center’s food bank to help them keep hunger at bay for the rest of the week.

Like 13 million of their European co-citizens who benefit from food assistance, these women live with food insecurity[1]: once they’ve paid their bills, they’re left to make a choice between food, medical care and clothing.

When I started developing this partnership with the CPAS, I was shocked by the scale of the situation, including here in Belgium; the 24th richest country in the world. Food aid takes on various different forms, among which food parcels are the most emblematic.[2] The content of these packages is largely financed by the Fund for European Aid to the Most Deprived (FEAD). They are then added to and distributed by local social actors, who typically top them up with unsold produce from markets[3], or from big retailers.[4] All this helps to meet the most urgent needs.

But in a context where currently more than one European in fifty are using food banks, our food security policy deserves to be more voluntarist.

Preserves, tins, freeze-dried products… the basic aid packages provided by FEAD have been designed to be kept for a long time, and to be suitable for those who don’t have the means to cook. On the ground, however, these parcels – though clearly useful – are often received with disappointment. As one social worker put it: “Food aid is exhausting, because we can’t keep up with demand.” And this demand is not aligned with what is offered. We observe the situation on three levels.

1. Nutritional quality: products given in food parcels often have a high glycaemic index rating (such as potatoes mousse, strawberry jam).

2. Quality of taste: limited, especially since the contents of the parcels is the same, week in week out, for a year. Some users report feeling “disgusted at the thought of eating”.[5]

3. Incompatibility with the user’s dietary requirements: for example, the distribution of canned chicken to individuals on a halal diet, or giving lactose intolerant individuals diary products, etc. This current design of food parcels is creating a worrying paradox: thousands of preserves are being left unopened by recipients.

👍 The good news: now is a particularly favorable time to re-think food aid. We all know it: currently more and more EU citizens (especially the more privileged among them) are asking, “What’s on my plate?” Here are two courses of action that could be taken, to bring about real change. . Each avenue is considered from a “food aid” point of view, and from the “ordinary citizen” angle.

STRATEGY 1: in the short term, improve the quality of products offered in the parcels.

Review and upgrade the nutritional content of food parcels using feedback and input from beneficiaries, while keeping in mind certain criteria, such as: giving priority to those raw products that are widely used in various different food cultures.

For all of us: public policy that has a positive impact on health is an investment that pays off. Several European countries adopted the Nutri-Score to keep consumers better informed ; it’s surely an example of good practice that should be rolled out more widely.[6] The EU could introduce stricter quality criteria for food products before authorizing them to be put into circulation, in order to cut back on products that are particularly damaging to health.

STRATEGY 2: Give food bank users access to kitchen spaces (for example, communal kitchens that otherwise wouldn’t be used in the evening).

As a way of countering urban solitude and in keeping with the batch cooking trend, users who needed to would be able to prepare all their meals for the week.

It’s an additional way of giving these marginalised groups of people a boost, and would help to overcome negative associations with having to wait in line, which is passive and can feel degrading.

For all of us: “opening a can” is not the same thing as cooking. Yet a large number of people, whether or not they are reliant on food aid, admit to lacking in basic culinary skills. The zero waste recipe book that we wrote “JUST KEEP IT: #ZeroWaste recipes” is a basic educational tool that’s designed to change that: the meals we feature are simple, quick and cheap. The workshops we organize are developed in the spirit of continuous learning; each participant receives our recipe book and a debriefing session is held a few months later to discuss the progress made and difficulties encountered by each learner. We recommend rolling out this kind of initiative to the widest number of citizens possible.

👍 There are numerous pursuable avenues to improve what we consume and, ultimately, the overall public health in Europe. We could start with products (better inform and improve food quality), spaces (share kitchens) or training (disseminate tools and organize workshops). So, again, where do we start? Maybe before we even ask ourselves this question, we should first change our mentality and get out of the “purely charitable” perspective. Food is a basic right.[7] Eating is life. Historian Guy Vantemsche points out: “The increasingly so-called individual responsibility or ‘fault’ is (again) used to explain poverty — to the detriment of collective and structural factors, which were taken more into account during the three decades after World War II”.[8] Now, the scale of food insecurity in Europe is obliging us, today, to break away from this reasoning. Are we ready to embrace this fundamental truth?

[1] “12.9 million people were estimated to have benefited from FEAD assistance in 2017”, among whom 30% were children. Source: European Commission. Summary of the annual implementation reports for the operational programmes co- financed by the Fund for European Aid to the Most Deprived in 2017. Report from the Commission to the Council and the European Parliament, 7 June 2019, p. 5. Available online.

[2] Other examples include soup kitchens or charitable restaurants, charitable grocery stores, dumpster diving networks, group buying schemes (such as the solidarity buy-online platform SoliFood.be) and the distribution of lunch vouchers, cash or food stamps that are accepted in local stores.

[3] For example, in Brussels, the project DREAM recovers unsold produce from morning markets; and the collective Collectmet salvages unsold goods from the Abattoirs d’Anderlecht market.

[4] On the retailer side, charitable associations come up against the logistical difficulty of collecting the pallets that are set aside for them. Some of these associations are also suffering setbacks due to the emergence of new competitors in the food waste arena, whose success with retailers can lead to a reduction in charitable donations.

[6] A European Citizens’ Initiative (ECI) has been launched in 2019 to ask the European Commission “to impose simplified ‘Nutriscore’ labelling on food products, to guarantee that consumers are provided with quality nutritional information and to protect their health.” Once an ECI has reached 1 million signatures, the Commission will decide on what action to take. The deadline set for this ECI was 8 May 2020.

[7] “Everyone has the right to a standard of living adequate for the health and well-being of himself and his family, including food…” (Universal Declaration of Human Rights, art. 25)

To cite this article

The educational program
"Maman Zéro gaspi !",
created by non-profit organization Nurtantio Projects
is supported by the Wallonia-Brussels Federation (Service de l'Éducation Permanente).
The workshops were held in compliance with the sanitary measures in application. 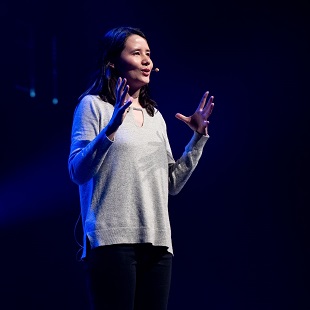